The volcano knew from past experience that humans generally fled far away when gases seeped and tremors shook the earth, signaling a pending eruption, but this time around, a man stood on the summit with arms outstretched.

In between its sulfurous gassy burps, the volcano heard the man muttering incantations.

He’s a sorcerer, the volcano realized with a snort of water vapor. There had been plenty of sorcerers who had tried to stop an eruption. They always failed.

The man finished his spell with a stern, “Your power shall be made harmless!”

Well, that’s stupid, the volcano thought. Nothing can stop me. I am heat beyond comprehension! I am destruction! I am–

At the base of the volcano’s southeastern slope, a pup, black as obsidian, opened eyes as red as lava and saw a female human face peering back.

“Where did you come from, little one?” she asked.

The pup blinked blurry eyes and waited for the woman to run screaming from its magma and heat and death. It gave a little bark, just in case the woman didn’t realize what he was. Then the pup froze. He’d never barked before.

A hand, soft and smelling like clean rain, rubbed between his ears. His tail, all on its own accord, vibrated like a ground tremor. Volcano-thoughts blew away from his mind like ash in the wind.

He wasn’t quite sure how it all came about, but his heart seemed to melt. He wanted more head rubs, and he knew he’d follow this human anywhere to get them.

The human brought the pup to her home at the base of the mountain, where such glorious scents struck his nose, the sensation sharp and biting. He sneezed a lot at first, but he couldn’t stop sniffing.

Buddy, the human called him. She was Jami.

“If no one else claims you, you can stay with me,” she told him.

In Jami’s yard, he’d often feel a sensation bubbling inside, like an explosion of sparks and fire wanting to burst free of his body’s black fur coat. No amount of scratching or rolling would rid him of that sensation, so he did the next best thing: he ran. He sprinted after squirrels and chipmunks and rabbits. When those critters learned to avoid him, he chased bees and learned the hard way that stinging insects were not to be trifled with.

In between his runs, Jami would give him head rubs. In those perfect moments, breathing in her scents of soap, sweat, and comfort, he forgot the bubbling fires within. He’d lick her cheek, her comforting taste lingering on his tongue.

The two developed a routine of taking long walks on the volcano’s tree-covered slopes. Buddy had never before known the joys of darting around sharp pine trees, with soft dirt cushioning his paws, warm in the sunbeams, cool in the shadows. There were more temperatures in the world than just scorching hot.

At first, Jami used words like “sit” and “stay.” Buddy knew what she wanted, but the fire inside kept itching at his toes and the dog found himself leaping and bounding right up to her like an unstoppable lava flow. His tail drooped each time he forgot about “stay.”

Jami hugged his neck and whispered words of reassurance. She loved Buddy just the way he was, she explained. His tail thumped.

The dog lost all sense of the years. There was just a world full of running and sniffing… and Jami. Always Jami.

Though there came the day when Buddy found that his legs refused to move, coming to a stumbling halt mid-stride on the mountainside. He suspected what was happening when he collapsed onto his side and couldn’t get back up. He remembered that long-ago time as a volcano, experiencing the same kind of exhaustion after an eruption. Buddy could feel his heart slowing, as much as he willed it to keep burning.

But there had only ever been so much fire inside that black fur coat.

Jami’s face appeared above the dog’s. Buddy licked the salty wet around her eyes. As long as Jami rubbed his head, all was right in the world.

He gave her one more tail thump.

The last of the energy burned out.

The volcano was a mountain again. Deep inside its core, the magma and gases churned slow and sleepy. The sorcerer had done his job well. The volcano’s fires had been made harmless.

In the past, this was when the volcano would’ve slept as well, shutting off its sensations for the next millennia or so, when the gases would rise again. But it couldn’t sleep. Something new churned away inside it. An energy all of its own.

It burned at the volcano’s core as it felt Jami’s footsteps descending its mountainside without his black paws padding by her side. She shouldn’t be alone.

The volcano recalled the incantation the sorcerer had used. Silently it chanted, pulling at sluggish magma, gases, this newfound energy it had found — anything to recreate the spell. To transform again. Anything to return to his Jami. 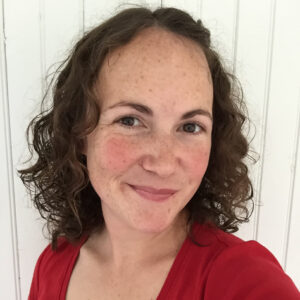 Carol Scheina is a deaf speculative fiction author who hails from the Northern Virginia region. Her stories have appeared in publications such as Flash Fiction Online, Daily Science Fiction, Escape Pod, and more. You can find more of her work at carolscheina.wordpress.com. 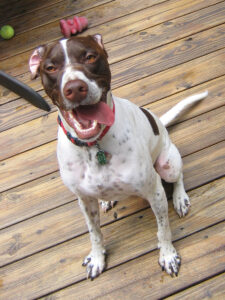 1 thought on “The Power of Volcanic Love”