At night the elephants would congregate in the living room. The largest, Brack, was easily five pounds and his massive two foot frame had been bound in brown leather. He towered over the ceramic elephants that lined the bookshelves; and to the half-inch glass figurines that guarded the pictures on the dresser he was a god.

“Fellow Brethren,” Brack snorted through his trunk, “some of us have been in this mess before, so we know how unorganized humans can be when it comes to packing.”

“No shit!” retorted Trimba, a white Avon perfume bottle shaped like an elephant. He had a large, ornate gold seat in the middle of his back for a stopper, and the glass elephants thought it was fun to run alongside him and listen to the perfume in his belly slosh when he moved. He was a grumpy Old Gus who’d presided over the bathroom more years than were reflected on their manufacturing dates. “Need we forget the last time we moved some of us were forced to spend months suffocating in bubble wrap at the bottom of a box?”

“Hear, hear!” came several cries from the delicately painted, porcelain figurines that stood just to the side of the herd. The scenes painted on their girths were carefully positioned so no one could look in their direction without seeing what they commonly referred to as their ‘beauty marks.’

“We never did find Lacienda after the last move.” One of the glass figures spoke from the middle of the herd, his voice as soft as the tinkling of crystal. One of the stone elephants raised his now lopsided trunk in agreement, displaying the jagged crack that ran along his nose from where an over-ambitious three-year-old had dropped him last winter.

The chorus of voices continued to climb to a dull roar as each of the statues recalled their own moving story. Brack let them speak for a bit before eventually silencing them by raising his snout in the air, his polished granite tusks gleaming in the moonlight.

The group quieted down as one by one they looked to their leader for guidance. Even though he had grown accustomed to his leadership role, he hadn’t always headed the group. When he’d first arrived here the meetings were led by Titan, a three foot cement elephant who remained frozen in an upright position every day with a glass tabletop balanced on his trunk and ears.

He had been an excellent leader and role model; especially for the younger, more playful figurines. However, his gentle rule had come to an end when the humans had brought home an excited puppy.

Brack had watched and mourned his fellow comrade from his door side perch. He’d witnessed the fall and had seen the understanding of what was about to happen spread across the great pachyderm’s face just before his head landed on the floor and snapped off with a loud crack, ending his reign with a wound no amount of glue would’ve fixed.

There was no doubt among the elephants that they were not immortal creatures, but Titan proved how susceptible they were to the environment they lived in. After that, the humans decided the dog was too clumsy of an oaf to stay in the house unsupervised.

If you’d asked him outright Brack would’ve said where they lived now was far better than most. Many of those in his charge had their own horror stories about life outside; him included. A small slit on his back was the scar he bore when the children from his previous home had tried to turn him into a piggy bank.

“I think we can all agree our main objective in this move will be to keep the herd safe. Establishing our positions in the new home, when we arrive, is an important secondary goal,” Brack reminded them.

Many of those assembled swung their trunks back and forth like pendulums in agreement. A few who could not swing their appendages grunted to show they understood.

“The brass and granite elephants have the advantage during this time as they’re unlikely to be harmed or kept wrapped in that horrid plastic shroud during the move. Therefore, we’ll rely on them once we get in the new home to help locate everyone.”

“Won’t the humans realize what we’re doing?” someone asked.

“If you do everything at the proper pace we should be able to reestablish our place in a short amount of time. The key is to move an elephant or two a night instead of releasing the whole herd at once, got it?”

“I’ve been through this many times. I’ll help the younger ones,” Babara, a five inch brass elephant said, stepping to the front of her group’s congregation.

Brack swayed his trunk in approval before speaking, “Our greatest concern lies with the glass and porcelain elephants. No matter how well we work together, our harmonious efforts still result in a loss during every move. Whether it be the complete loss of an elephant like Lacienda or the chips some of you accumulate each time you’re packed away, it’s a loss that’s heavy to our entire clan.”

To this, the elephants raised their trunks to the ceiling as a sign of respect and love for those who’d been lost or injured.

Each statue lumbered back to their positions at the end of the meeting. Brack returned to the door, his largest worry yet unvoiced. He’d heard stories of humans doing something called “redecorating,” in which elephants would be rounded up, placed in boxes for safekeeping and stored somewhere dark and lifeless.

He hadn’t been able to vocalize this concern, afraid the mere mention of it might turn it into truth. But his denial didn’t change the fact there hadn’t been enough boxes for a full-scale move. Those he’d seen had been labeled with the word “elephant” and a brief description.

Right now he could only sit by the door, waiting. 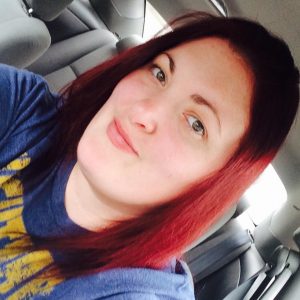 Kristi Brooks was born and raised in southwestern Oklahoma. She started writing at an early age, and was first intrigued by works of horror and fantasy. She found herself really drawn to mythology and fairy tales and their incorporation into modern books. One thing she found is that genre fiction is never as straightforward as it appears. Because of this, she strives to blend together the worlds of science-fiction, fantasy, horror, and experimental fiction. Kristi currently still lives in Oklahoma with her husband, their young daughter Andromeda, and a menagerie of animals. She has been previously published in several small magazines, anthologies, and is the author of the novels Vision2 and Midnight Sun. You can follow her on Facebook at facebook.com/obawok.